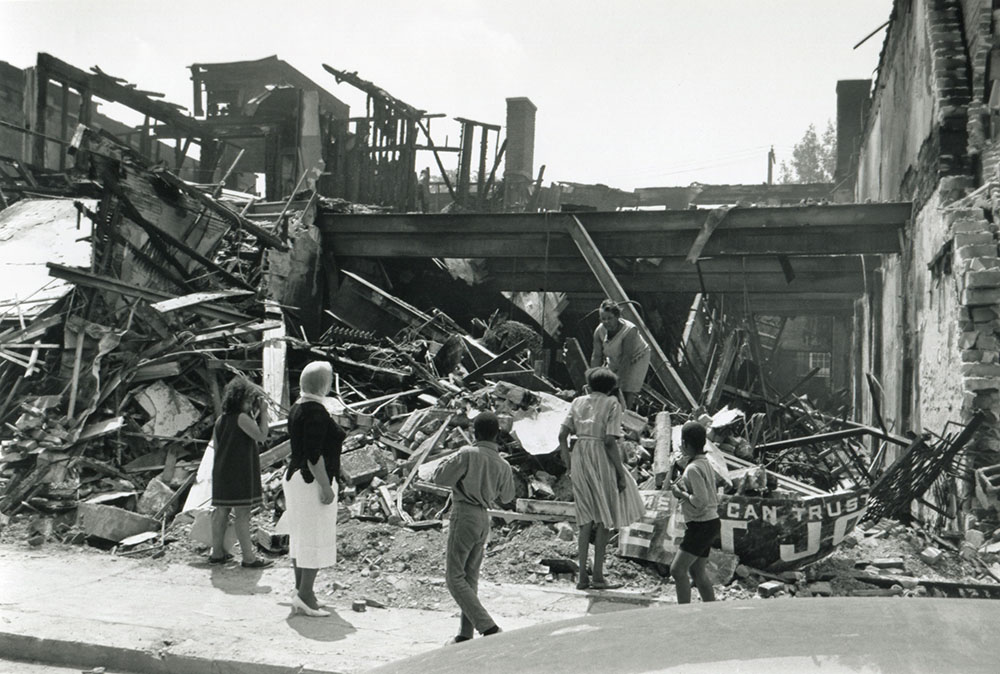 I was in Boston on Sunday, July 23, 1967 attending an uncle’s funeral when I learned that a riot had broken out in Detroit.

I joined the Detroit Free Press as business editor two years earlier. That’s normally not a beat that gets close to the melee, but I knew it could have a huge impact not only on Detroit’s citizens but also on the city’s and region’s business and industrial base. I was quite young, but still clearly remembered the disastrous 1943 Detroit riot.

On Monday I phoned my staff and they went to work immediately, but did not venture into harm’s way. Just driving to work could be dicey as gunfire and flames engulfed several neighborhoods, including 12th Street on Detroit’s near west side where the disturbance began during a raid on a blind pig frequented by blacks.

Anxious to get back, I departed early Monday morning and drove nonstop 700 miles to Detroit. It took 18 hours because there were fewer Interstates back then (it now takes 12 ½ hours). As I neared the southern suburbs, I skirted the city’s west side and took the Southfield Freeway north.

It was around 2 a.m. Tuesday. I was unaware that there was a curfew in Detroit. No other cars were in sight, and I could see the red glow of fire in the sky toward the east. Suddenly a Detroit Police cruiser hit his lights and siren, pulled me over, and asked what the hell I was doing out there in the middle of the night. I showed him my Detroit police press credential and said I was returning from Boston to cover the riot. “OK, I’ll follow you until you get to safe territory,” he said, “but go home and stay there.”

After only a few hours’ sleep, I carefully drove south down the Lodge Freeway arriving at the Free Press early on Tuesday. I was immediately backgrounded by Managing Editor Frank Angelo, and then met with my staff to work out assignment details — business leaders, retailers, automotive executives, bankers, and others.

Assistant Business Editor Erv Maus had done an excellent job in my absence, but I felt we needed to see for ourselves the devastation wrought by the uprising, and to interview those still trying to save their businesses, many of which were already destroyed or bellowing smoke.

Around noon I piled three staffers into my dark blue Mercury convertible and set out north on the Lodge for a neighborhood west of the New Center that obviously had been hit hard by two-plus days of disorder. “Not much protection, Boss,” Maus observed eyeballing the white vinyl roof as he and the others warily scanned the sky above the freeway, fearful that snipers might still be in the area.

National Guardsmen, who had been ordered into Detroit by Gov. George Romney, were patrolling the streets. They were not eager to see us, but we were delighted to see them. We fanned out and interviewed business owners who, despite lingering danger, were trying to protect their properties and to haul out goods that had escaped damage. To us it looked like a losing cause; in fact, some buildings were mere skeletons.

Safely back at the newspaper, we pulled together our stories as other reporters in the City Room hunched over their typewriters feverishly writing history. 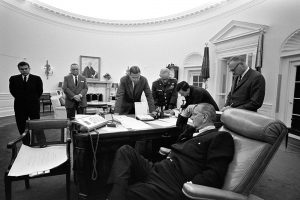 By Wednesday, order was close to being restored as we continued to focus on the economic losses. This included scores of businesses owned by both blacks and whites, victims of widespread arson and looting.

Over the four-day riot, officials estimated that 2,500 stores were looted and/or burned with overall property damage pegged at $40 million to $45 million ($292.8 million to $329.5 million in today’s dollars).

The loss in human lives and injuries was staggering. I tried to put a dollar amount on the overall economic losses in terms of jobs, businesses and residential, business and sales taxes, but could only conclude that these were “incalculable.”

During the weeks and months following the rebellion white Detroiters fled the city in large numbers. By one account, more than 80,000 departed in 1968.

Businesses were not exempt from the flight and we tracked them closely, but many naturally departed quietly. I kept a file entitled “Exodus” to document their exits, concerned that job losses in embattled Detroit would make things even worse.

Many have speculated that the loss of automotive jobs was partly responsible for unrest in Detroit that exploded into civil disorder. That seems unlikely because the auto industry had long since decentralized production around the nation, and Hudson and Packard, both built in Detroit, had already disappeared.

Some automotive suppliers remained on for years, as did ancillary businesses such as machine shops, but ultimately many of them faded as well.

Although cars and trucks were produced in nearby cities, in 1967 only General Motors’ Clark Street assembly plant still produced Cadillacs and Chrysler still built cars at its East Jefferson plant, both within Detroit’s city limits. 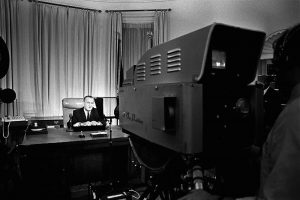 These operations were replaced with new factories, as GM and Chrysler commited to supporting the city. GM’s Poletown plant straddling the border  between Detroit and Hamtramck opened in 1985 and Jefferson Avenue in 1991. Both continue to make cars and SUVs in the city.

Ford hadn’t made cars in Detroit since its early days, but did, and still does, in next-door Dearborn. In 1967, Ford was still producing tractors in Highland Park where early Model Ts were built on Henry Ford’s breakthrough moving assembly line. It has been mostly vacant for decades but remains standing, providing storage for Ford artifacts and documents and is listed as a National Historic Landmark. Meanwhile, a local group currently seeks to restore the facility as an automotive heritage center.

Ford CEO, Henry Ford II, also made a huge commitment to the city, as the primary force behind construction of the Renaissance Center, which opened in 1977. Ironically, GM purchased the RenCen in 1996 and it’s now GM’s World Headquarters.

There have been many other positive developments over the years including new stadiums for baseball (the Tiger’s Comerica Park) and football (the Lions’ Ford Field), and the Little Caesars complex soon to be home of the Red Wings hockey team and Pistons basketball team.

Only in recent years, however, have the city’s overall prospects of revival brightened significantly since that infamous week in July 1967. One can only hope that this fledgling renaissance spreads to all Detroiters.

Footnote: My editorial assistant back then was a young African-American woman named Bernadette Green. She had a difficult time getting to work, but when she finally arrived during mid-week she had “exciting news.” She said you could buy almost anything at bargain prices — new appliances, TVs, clothing — spread out on the lawns of homes on her street, but certainly not hers. Apparently looters had become overnight entrepreneurs.